Where was the Cave of Machpelah? 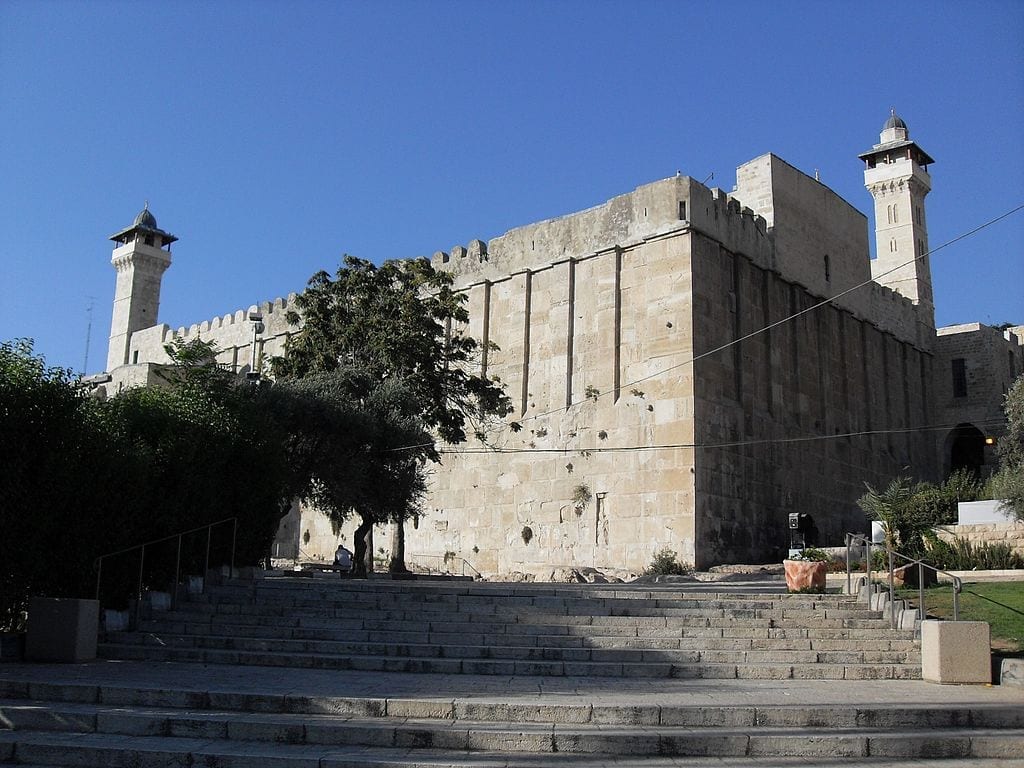 One of my favorite stories in Genesis is the story about how Abraham negotiated with the sons of Heth for a burial place for his wife, Sarah.  Everybody is so diplomatic and respectful!  You can read about it in chapter 23 of Genesis.

The Bible says that Sarah died in Kiriath-arba which was also known as Hebron.  Abraham purchased a nearby cave from a man named Ephron and buried Sarah there.  It later became known as the Cave of the Patriarchs because Abraham himself was buried there as were Isaac and Jacob and their wives.  In fact, in Genesis 49, Jacob, who died in Egypt, requested that he be buried in the Cave of Machpelah.

“I am about to be gathered to my people. Bury me with my fathers in the cave that is in the field

Jacob’s twelve sons honored his request and took the long trip from Egypt to bury him there.

Today you can find the Cave of Machpelah in the city of Hebron.  It has been a pilgrimage destination for centuries because of its significance to both Jews and Muslims.  In Judaism, it is considered the second most sacred site in Israel, after the Temple Mount.

Of course, people have built a building over it that you can see in the photo downloaded from Wikimedia Commons.  One of the first structures over the cave was built by Herod the Great, the same Herod who slaughtered the children in Jerusalem when Jesus was born (see Matthew, chapter 2).

Since then, the structure has been built up, torn down, built up again until it reached the configuration we see today.

The land that it sits on has also had a turbulent history like all of Israel.  Since the time of Christ, the city of Hebron has belonged to the Romans, the Byzantines, the Ottomans, to name a few powers.  The structure itself has been a church under the Byzantines, a mosque under the Arabs, then a church again during the time of the crusaders, then a mosque again until 1967.

Who Can Visit the Cave?

For 700 years, Jews were denied access to the cave because it was under Muslim control.  This changed when Israel gained control of the West Bank after the Six-Day War in 1967.

Today, the structure serves as both a synagogue and a mosque, and the general public is allowed entrance to the building.