Where was the Sermon on the Mount Preached? 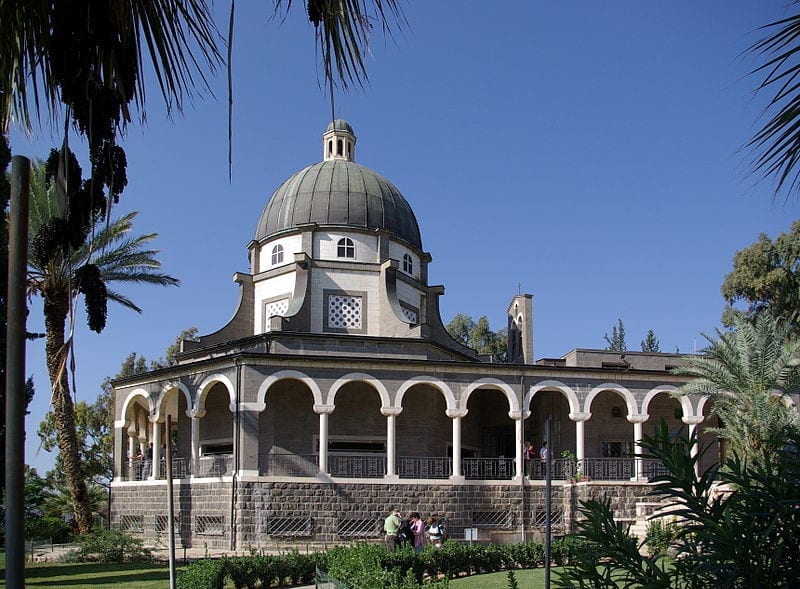 Jesus began His public ministry when He was about 30 years old, and, according to the Book of Matthew, one of the first things He did was to go up on a mountain and preach to the people.   Because he spoke from a mountaintop, this sermon is called “The Sermon on the Mount.” It was Jesus’ first sermon.  You can read about it in Matthew, chapters 5-7.

Today, the mountain is called The Mount of Beatitudes.  One of the items on my bucket list is to visit Israel, and when I get there, I’ll go to that mountain.  Meanwhile, I look at pictures and imagine myself sitting there listening to Jesus speak.

Where was the Mount of Beatitudes?

We know from the gospels that Jesus began his ministry in a town called Capernaum.  Capernaum was a fishing village on the northern end of the Sea of Galilee.  It was the hometown of Peter and Andrew, who spent their time mending their nets when they weren’t fishing.  It is also where Jesus healed Peter’s mother-in-law and the paralytic who was lowered through the roof.

Just behind Capernaum is the mountain where people believe He preached His first sermon.  It is called “The Mount of Beatitudes” today, and it isn’t a high mountain by our standards.  It’s more like a hill, but it has a spectacular view of the Sea of Galilee.

From the various photographs I’ve collected, the Mount of Beatitudes is such a magnificent setting for Jesus’ first sermon.

The Church of the Beautitudes

Of course, Christians through the centuries have thought it would be fitting to build a church on the site.  The first one dates from the 4th century, and its ruins are still there.  The current church, called The Church of the Beatitudes, is a lovely chapel that was completed in 1938.  It is pictured above.

The Sermon on the Mount location overlooks the Sea of Galillee

This is a panoramic view of the Sea of Galilee from the Mount of Beatitudes.  Doesn’t it look peaceful?